Charge d’Affaires ad interim of the USA to the Republic of Belarus Jonathan Benton, European diplomats, bishops and priests of Christian confessions, representatives of intellectual and art elite, as well as heads of business-associations and general directors of Belarusian-American companies took part in the event.International round table “Belarusian-American Cultural Dialogue: Strategy of Development”, organized by Intercultural Dialogue Center with the support of the USA Embassy in the Republic of Belarus and with the participation of International Fund “Vitsebsk Golden Heritage” took place in Minsk on April, 13.

During the round table a solemn awarding ceremony was held. It was dedicated to the winners of a contest “American Culture: What Is It Like?” They were presented with the prizes from the Center and certificates from the Embassy of the USA.

General Director of Intercultural Dialogue Center Liubou Uladykouskaya is handing a traditional Belarusian towel to Mr. Jonathan Benton, Charge d’Affaires ad interim of the USA to the Republic of Belarus.

Jonathan Benton, Charge d’Affaires ad interim of the USA to Belarus and Liubou Uladykouskaya, General Director of Intercultural Dialogue Center before the event. 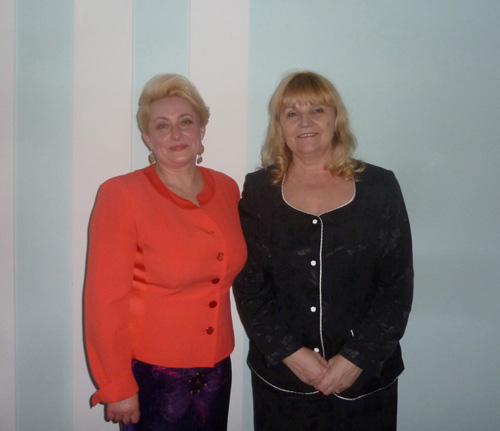 Cover of the book “Discovering of My America, Or Why Do the Belarusians Need the USA?” by Liubou Uladykouskaya, presented at the event.